Together with Ansuz and Aavik, Børresen Acoustics is part of Audio Group Denmark, a company known for innovative, high-performing, and gorgeously stylish audio products. Børresen loudspeakers are named after Michael Børresen, the original founder, owner, developer, technical brains, and manufacturer of Raidho speakers. Now devoting 100% of his time to Børresen Acoustics, the brand offers two different speaker series: the 0-Series and the Z-Series.

When Børresen Acoustics embarked on the endeavor to create what they regard as the ultimate loudspeaker, they set themselves some overriding goals: Reengineering the driver technology, optimizing the crossover, bringing inductance down to the absolute minimum, and providing the loudspeakers with the best mechanical grounding and resonance control.

In most speaker drivers iron is used to conduct the flux, so that you, with one magnet, can create a quite narrow gap where the voice coil is placed. The iron inside and outside of the voice coil creates a concentration of flux, together with the current in the voice coil, that in the end moves the speaker coil.

Iron simply makes it impossible to push the flux above a certain degree and that means that when you are using iron in this classic way, it will limit the flux that the speaker driver is able to create. But when the sum from the electromagnet is negative, compared to the DC Flux, you can easily lower the flux.

The iron-free Børresen magnet system is the solution to both minimizing noise and creating a wider flux span. It is what it promises: a magnet system without iron. This results in a 1/10th inductance of the voice coil to what you would experience in regular speaker drivers.

A speaker driver with less or no iron at all will perform better. Creating an environment where the magnetic flux change is minimized – or evened out – will create a speaker that sounds much more natural.

This is the result that Børresen aims for: “A speaker that does not sound like a speaker, but sounds much more like “the real thing”; the artist in front of you.“

For more information, see the optimizing the loudspeaker magnet system article and video on the AudioGroupDenmark site.

The Børresen Z1 is a 2-way stand-mount speaker. It’s compact in size but with majestic performance. The Z-series from Børresen Acoustics are more affordable than the upper-tier 0-series, but no savings have been made where this matters most. For example, the tweeter and drivers in the Z1 are in the basis the same as the units in the 0-series. 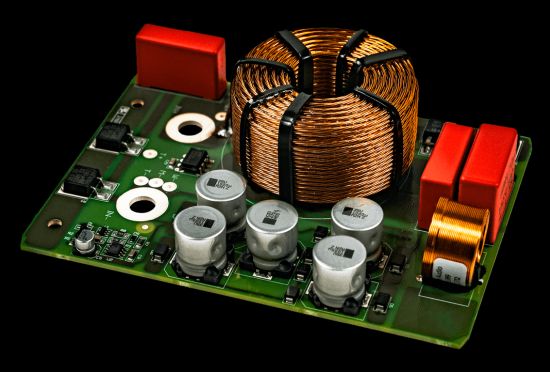 The black baffle/waveguide is made from HDF composite and is attached in a screwless manner, such that it can still be removed. Where the 0-series from Børresen Acoustics is lute-shaped, the Z-series use a more basic square cabinet with smoothly rounded corners. The drivers and crossovers are unique and made in-house by Børresen. The dipole planar tweeter operates from 2,500 Hz and is made of a special type of foil with a moving mass of only 0.01 grams and is driven by a fast and super powerful Super-Neodymium N52 magnet. The Bass/Midrange unit is a 4.5” cone consisting of a 4 millimeter thick ‘Nomex Honeycomb Core’ design with two layers of unwoven carbon fiber from the Japanese manufacturer ‘Toray’, a high-tech manufacturer that also makes parts for Formula 1 cars and the aerospace industry. The structure of the woofer ensures an optimal stiffness-to-weight ratio and therefore optimal sound quality. As with the tweeter, the woofer cone is driven by a powerful Neodymium N52 magnet. The combination of both a light moving mass and a powerful N52 Neodymium drive ensures an extremely fast acceleration of the units, this ensures a fast playback. The materials used also ensure an extremely low self-inductance, which in turn ensures that little distortion or resonance occurs. 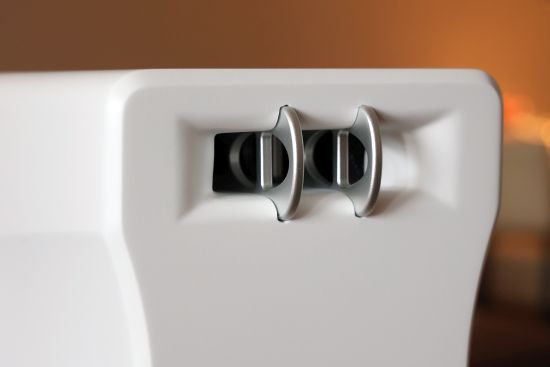 The Borresen Z1 is an open (bass-reflex) system, but because of the clever use of diffusers at the bass port, the bass port does not emit large sound waves with a lot of energy to the rear wall. Instead, the sound waves are broken up and reduced in size, resulting in reduced energy output from the bass port. This allows you to place the Borresen Z1 pretty close to the back wall without causing resonating or dominating bass. Nevertheless, in many rooms, a little extra space is often desirable for optimal transparency and depth of imaging.

Optionally, you can add additional Darkz decouplers underneath as the interface between the speaker stand and the floor.

Cryogenic treatment in itself is nothing new. It’s often used to treat cables and connectors, but its use for loudspeaker parts is quite unique. The Børresen Acoustics speakers from the Z-Series and the 0-Series are both available in a ‘Cryo’ version. The Z1s that are reviewed here have undergone this Cryo process. 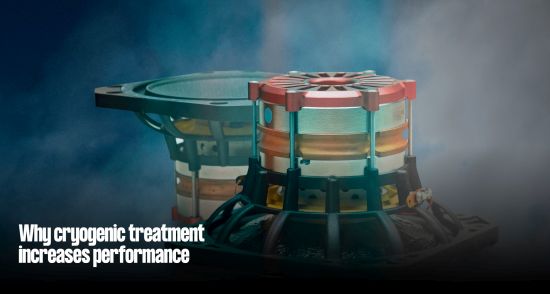 “A selection of elements in our Ansuz products, the handcrafted Børresen driver units, and all the metal components of several of our loudspeaker models undergo an in-house, specialized cryogenic treatment, where they are subjected to a cooling process lasting 72 hours.

For more information, see the why Cryogenic treatment increases performance article and video on the AudioGroupDenmark site. 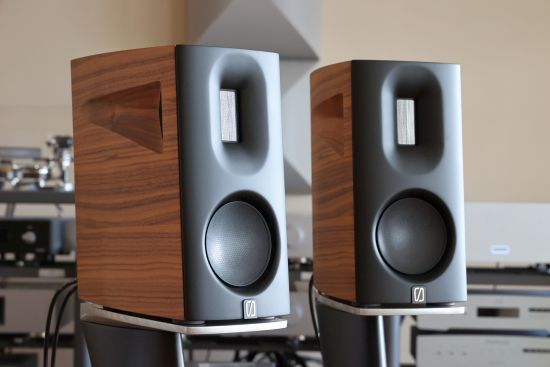 The Børresen 01 has a special lute-like enclosure with a rigid detachable HDF baffle that is mounted using a screwless design. The drivers and crossovers are manufactured in-house and completely unique. The dipole planar tweeter is made of a special type of foil and has a moving mass of only 0.01 gram (!) and the drive is done by fast and super powerful Super-Neodymium N52 magnets. The tweeter is located in its own compartment in the cabinet which is vented by means of two ventilation openings on the side of the cabinet and 1 port on the back of the rear of the speaker. 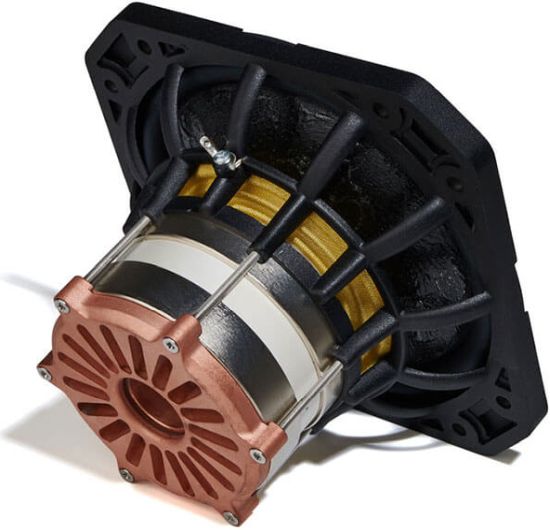 The 4.5” Bass/Mid unit consists of a 4 millimeter thick ‘Nomex Core’ cone design with two layers of unwoven carbon fiber which is produced by the Japanese manufacturer ‘Toray’, a high-tech manufacturer that also makes parts for Formula 1 cars and the aerospace industry. Similar to the tweeter, the cone is driven by a Super-Neodymium N52 magnet, combining both a light moving mass and a powerful N52 Neodymium aa drive provides extremely fast acceleration and stopping power of the units, this ensures a fast and open, and very uncolored display. The materials ensure an extremely low self-inductance, which in turn ensures that little distortion or resonance occurs. 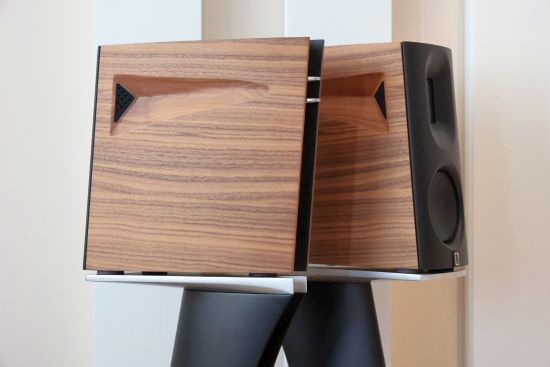 The Børresen 01 is an open (bass-reflex) system, but because of the clever use of diffusers inside the bass port, the port does not emit large sound waves with a lot of energy to the wall. Instead, the sound waves are broken up and reduced in size, resulting in reduced harmful energy output from the bass port. This allows placing the speakers up to about 40 cm from the back wall without introducing dominating or resonating bass. Nevertheless, in many rooms, a little extra space is often desirable for optimal transparency and depth of imaging. 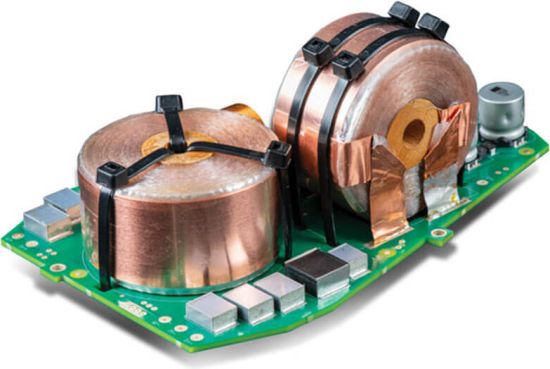 The Børresen 01 comes complete with 3 top-tier Ansuz T2S (Supreme) Darkz decouplers. These are intended for use between the speaker cabinet’s underside and the dedicated 01 Stands but if desired they can also function on any other stand.

The Cryo Edition version is similar in construction to the standard version. Only in the Cryo version, all metal parts that can be found in the loudspeaker are cryogenically treated one piece at a time. The parts are cooled down to -196 degrees Celsius and slowly brought back to room temperature. As a result, the internal molecular structure changes, and the stress from the materials disappears. The cryo treatment is done in-house at Børresen Acoustics itself, it is an expensive process but yields a substantial gain in sound quality.

The Silver Supreme Edition is again the same as the Cryo version, however, this version utilizes hand-cast and CNC-machined pure silver induction rings in the drivers. These drastically change the properties of drivers, in a very positive way. The inductance is about 12 times lower than that of conventional drivers and the distortion is reduced by as much as about 40%.

The 01 version reviewed here is the Silver Supreme Edition.